Jill came to me through a wonderful friend as a puppy to learn more about being in a household and to hopefully fix a couple odd quirks, within a month or two we had bought her and she fit into our little circus like she’d been there all her life.

She was a talented sheepdog. From early on we had such high hopes for her, she had natural ability and drive in spades. This girl lived to work sheep and be part of a working relationship with her handler.

She was diagnosed with Idiopathic Epilepsy in May 2016, four months later we had to make the heart wrenching decision to end her suffering. She was not responding to any type of medication we placed her on for the cluster seizures she was experiencing.

We hope very much so, that peace and love came to her. We miss her every minute of every day.

Our souls will never say goodbye. 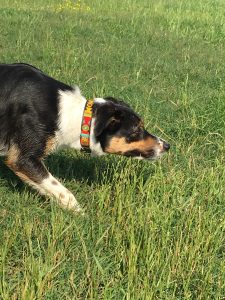 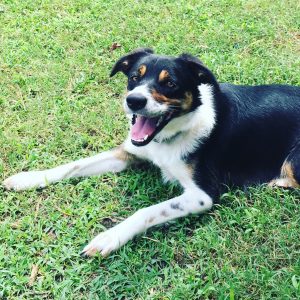 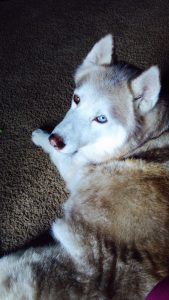 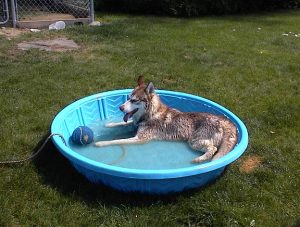 Manney was my first dog. A gift from my parents. They had no idea what they were getting this family in for when they bought her!  Being originally from Massachusetts, I fell in love with sled dogs and sled dog racing. When we moved to Virginia when Manney was a year old my sled dog dreams had to be put aside for a good while. I still took her every where with me though. She loved going hiking and car rides. The few times she got loose from the yard or house the only way to persuade her to come back home was to open the car door and ask, “wanna go for a ride?!” She’d bound in and plant herself in the front seat. Queen of all her domain.

She was a very difficult dog, no desire to do anything we wanted unless it could somehow benefit her. I will openly admit she had my number and I let her get away with anything.

The funniest story I have of her is she liked to bury things around the house, food, toys, anything of value to her. Well one night as I was settling into bed, I placed my hand under my pillow and this wet nasty mushy thing was felt…She had buried a gravy covered biscuit under my pillow. She was very miffed I disturbed her treasure.

At 11 years old I finally introduced another dog into the household, a small little border collie boy named Alex. 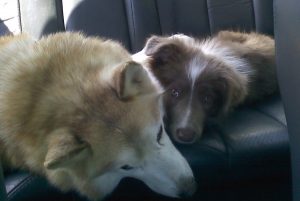 Having spent the first three weeks trying to squash him with the husky death stomp, she decided he was OK.

She aged very quickly once she hit 13 years, the last pup she helped raised was Roxy. Roxy loved her, Manney tolerated her surprisingly well. 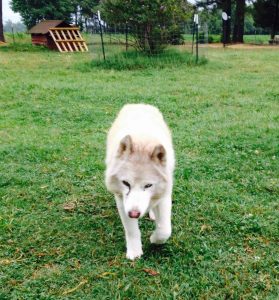 With her organs starting to fail, and bodily functions not working, it was time for Wee Beastie to move on to greener meadows and bluer skies. 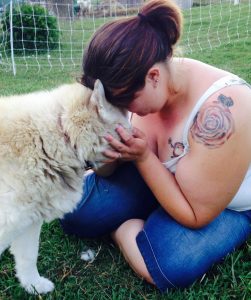